My No-Spend January: What I Learned, My Advice, Will I Continue? 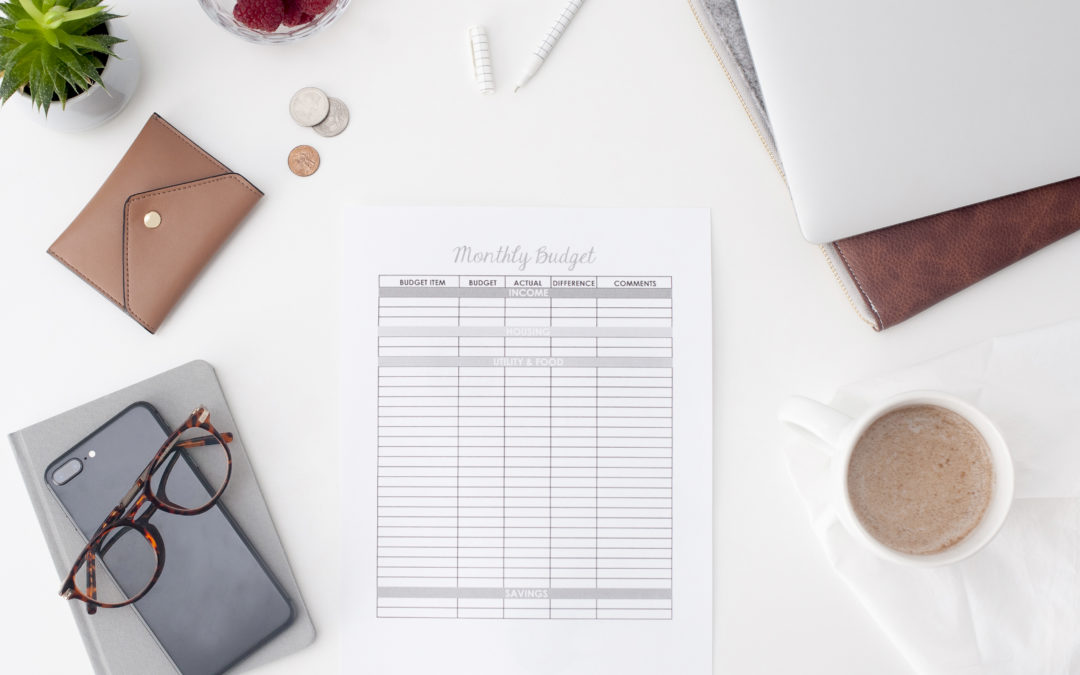 Hi there!! Anna here! I’m so happy to come back here! It’s been a long time. I spent most of my days working like crazy, and I honestly had no time for Youtube or anything else. It was tough, and it opened my eyes to a lot of things. But today, it’s not the subject. Today I want to share with you my No-Spend January, what I learned, and what it brought me.

If you’re new here, I did a No spend month last year, and it went well. So I’ve decided to do a low buy year, but I didn’t really have a goal, and it ended up not really as expected! I didn’t check my expenses at the end of the year, and it wasn’t a low buy at all! My income increased a lot because I worked a lot, but I didn’t check my bank account, and I was like, “I have one life, and I work my ass off, so I have the right to spend some money.” But it wasn’t “some.” I spent a lot of money on birthday gifts or Christmas gifts for my family. I also spent a lot of money on clothes (mainly in a thrift shop), but I didn’t need most of them.

And at the end of the year, when it was time to reflect on the year goals or on my bank account, I didn’t reach the amount of money I wanted to save. Not even half of it. Ok, it was a big goal. I don’t think it will be possible to reach it, but it was possible to be as close as possible. Even if my income was higher, I didn’t save more as the month I earned less. I had my automatic transfer each month, but I didn’t save more.
But you know life was complicated, we worked like crazy, days were overloaded, and we compensated by spending on takeouts on things we didn’t need. We’re human, and sometimes it’s ok.

This year, my dad retired, which is too much for me. I want to retire before this age. I want to have activities be active but not locked into imposed schedules. I just want to have the freedom to work when and where I want.
At the end of 2021, I played the lottery (we never know!), and I asked myself what I’d do if I won, and in this context or another, I think I will continue to work. You know, work in nature surrounding animals and don’t have an accurate schedule. Having time…

But whatever. It’s not the case right now. So I need to go to work to pay my bills and be financially free one day.

When you want to start a no spend month, a no-spend year, or a low buy year, the most important thing is to know your why. To have a goal at the end. If you just want to experience a no-spend challenge just because it’s trendy, I don’t think it’s for you. But if you’re going to do a no-spend, bring order in your finance or see what exactly you spend your money on. Totally agree!

I started this challenge because I was tired of seeing my money go away without not knowing where. It was 15 dollars here and there, but it was a significant amount of money in the end. And because I increased my income, I spent more on more meaningful things like my vacation in October. And I wanted to invest more in the stock market. I didn’t want just to transfer money now and then. I wanted to have automatic transfers every month of a significant amount. I wanted to save for the new apartment we’ll have this summer. And finally, I was tired of all the boxes we received every single week of things we didn’t really need. Even if our future apartment is bigger, I don’t want to be surrounded by things that don’t add value to our lives.

So I wanted to start this year on a good basis, and I’ve decided to do a no-spend January. I think January is a good month to do this because Christmas is behind us. It’s a fresh start. And because of that, you can have a lot of temptations. Like: what about this new planner to be more organized this year, or what if I buy this new set of workout clothes. If I buy this, I’m pretty sure I will be motivated to go to the gym. Or whatever you want to start. It’s challenging to say no to these things, and it will give you the motivation to say no …

What were my rules during this month?

Only pay bills and groceries and public transportation. No takeouts, no clothes, no books, nothing else.

If I’d pay for something that wasn’t bills or groceries, it was considered a spend day.

I began to be tempted from the first days, especially with the new year resolutions. I absolutely needed to buy new workout clothes and a new kit of broderie. I finished it yesterday!

We are constantly surrounded by ads that tell us to buy this to be more productive or have the motivation, but finally, thanks to Instagram, I started the no-spend challenge. I discovered a really great community of people who are tired of consumerism and want to change their life. Thanks to them, I was motivated, and I wasn’t alone.

I can say that it went pretty well. I’m surprised that I spend no money on clothes or other things. Here in France January is the month of sales, and you can be sure that I find something to buy every year. You know, bad habits…But not this year! I’m so proud of that.

I bought a lot during Black Friday, mostly in thrift shops, so I didn’t have the sensation to need something.

What really helped me during this month was to start project 333 of Courtney Carver. I will talk about this challenge in another article, but this challenge helps me open my eyes about my clothes consumption.

So it wasn’t the clothes, the shoes, or other accessories that were difficult for me. It was the food. And because of food, the no-spend challenge wasn’t a complete success.

So I had days of spending during the month, and all the time it was takeouts or restaurants.

10th of the month, I bought a Starbucks for my colleague and me. But you know I really appreciated it. It was warmly welcomed. If you don’t know yet, I’m a pharmacist, and during this time, it’s not really an easy job with all this pandemic thing. That’s why you didn’t hear of me for months. I worked a lot, and I was so tired it was impossible to film or write an article. Anyway. It was a rough day at work. A lot of angry clients, and we needed a break. After this coffee, we instantly felt better, and we continued to work in a better mood. I know this spending could seem unnecessary, but I don’t regret this. It’s not the same for the next ones!

I also spend 15 euros on the 16th of January. A friend of mine invited me to a spa day, and it only cost me 15 euros! So for this spending, it’s the same as the coffee, no regret! It was a great day, and 15 euros for a sauna session it’s not expensive. I don’t mind spending money on self-care and experiences like this one. And even with the full price.

But after this one, I had regrets! The week of the 17th of January, we ordered takeouts twice. I knew we’d order sometime during the month. It was like mandatory; we’re human. Even if I try to cook for the week, there are some nights when the takeouts are necessary. So it’s not the first takeouts we order that I regret; it’s the second one. If I’d pay attention to the food we need to eat, we wouldn’t have to order.

And it was the same the following week. We ordered once, but we spent more money on groceries that we didn’t need.

So now I try as much as possible to have some pasta and some pesto rosso. It’s not the healthiest, but we like that, and it’s great after a rough day.

Now let me tell you what I learned during this month

1- Use what you have

I realized that it’s crazy all the things we have and that can serve us in different ways. I don’t really have an example in mind, but I realize the number of things I had on my pantries that just wait to be eaten. By realizing this, I saved a severe amount of money on food. So I decided not to go on groceries and eat only what we already had during a week. And it works!

I also realized this with project 333. I had so many clothes that I didn’t need to buy new ones. And by doing this challenge, I try a new combination of outfits, and it’s so cool! Same for books that were just waiting on the shelf to be read. So finish what you have before buying anything else. Your bank account will thank you!

2- I spend too much on groceries

Even if groceries were “accepted,” I realize I spent too much on food that we ended up not consuming at all. And another thing is that I went doing errands several times a week because I wasn’t organized and spent more money. It’s something I want to fix in the next few months, even if it’s challenging to store food in our apartment. I want to do things smartly.

It’s something I wanted to do a long time ago, but things didn’t have time to be on this list! I didn’t wait if I wanted to buy something. Sometimes I waited one week! And it was a long time for me! So for this month, I decided to start a buying list, and if it lasts until the end of the month, I will buy it. And I have to tell you that not a lot of things stayed! Three things lasted: a glass bottle to put my soup in and two books. So it wasn’t something that would ruin me!

The second thing that helped me was seeing my bank account with approximately the same amount of money I had initially. No surprise when I opened my bank app! No more clutter and a clearer mind! Win-Win!

I don’t think it would be possible to do a no-spend year without buying anything because in y situation I don’t see the point. I don’t have a debt to reimburse or a home deposit to constitute. So my goal is to reach financial freedom. But it’s not because I have this goal that I need to limit myself for anything and everything. I want to enjoy the process. I want to save a lot, but I also want to enjoy my life. So I want to spend on things that make me happy and save on the things that aren’t important to my eyes.

My last advice if you want to start a no-spend challenge: start with a day, a week, or a month depending on what you can or want. Knowing your why is also really important. Take it seriously, and you will see miracles!

Tell me in the comments if you already had a no-spend challenge and what was you why! 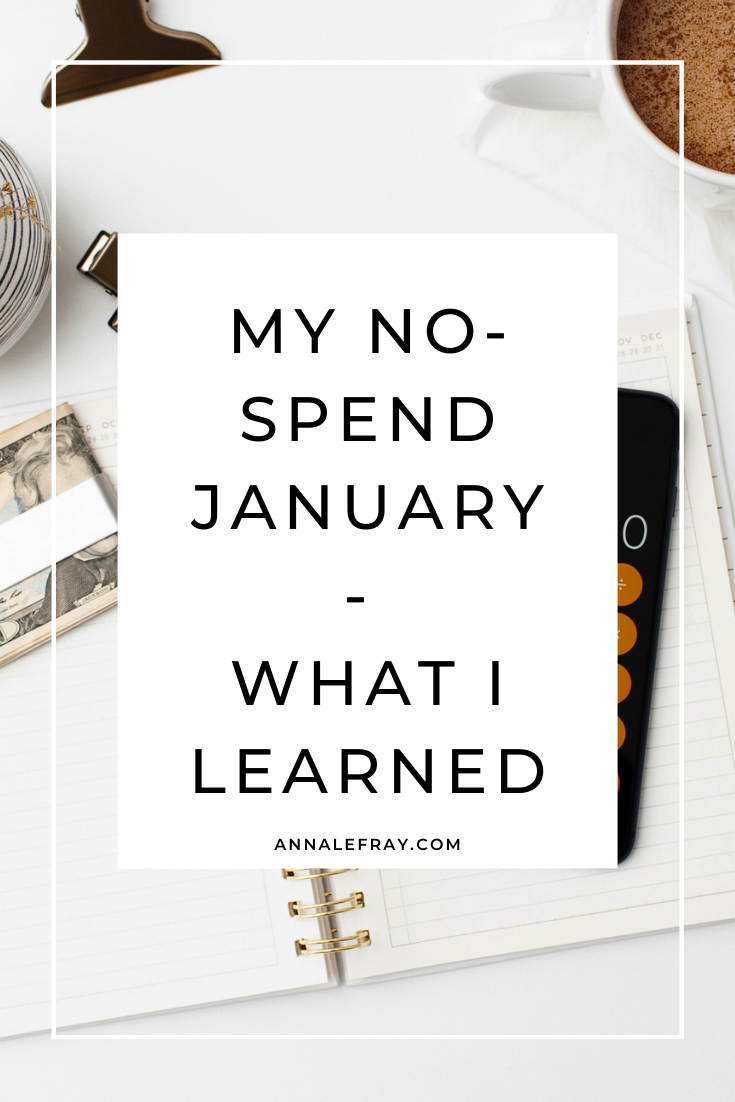